You are here: Home / Articles / A Distorted View of Cuckolding

This was a comment left on Can Cuckolding Ruin a Marriage and I felt it needed more of an explanation than a comment reply would justify.

Hi Question for you. My (now ex) bf likes to be cuckolded. Either he drops me at theirs and waits or he watches and partly joins. He told me very early on about his fetish and I allowed it to happen after about one year of dating (we’ve been dating two years ago). Now I do find it exciting and also a turn on that he seems me as a goddess however… I would rather we had vanilla sex. I did it only to please him. I did it so he won’t leave me for another woman who will cuckold him. I could never fully understand how him wanting me to be with others meant he loved me. He got upset and said he thought that I wanted to be with other guys and broke up with me. He says he doesn’t want to date me anymore but wants me to date others and text him to tell him about it. This has been going on for three months now. I’ve refused to do it as without a relationship from him then I do not want to sleep with strangers. I do not want to give him sexual satisfaction without having my needs met either. I feel so unloved. So hurt. So confused. Is he using me? What should I do?”

This brings up many issues that are common when cuckolding is brought up to a woman who has no idea what it is.

So I’ll break this down piece by piece. My first red-flag is this lady saying, “I did it only to please 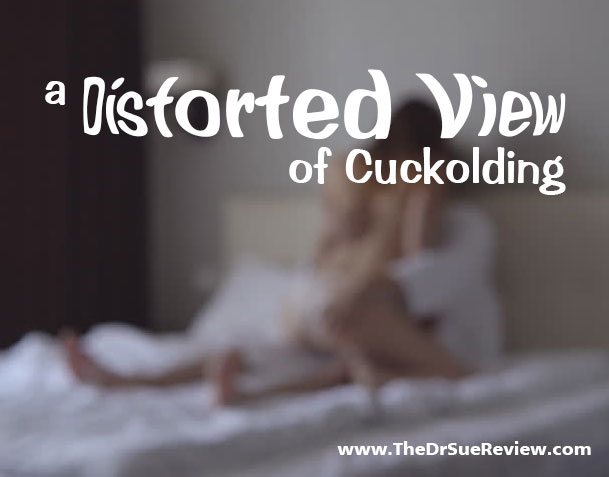 him…” Ladies, I implore you, NEVER, EVER do anything just to keep a man…EVER, like Taylor Swift NEVER EVER! Ok, that’s number one. Unless this man is King Midas and there’s some sort of payout somewhere you never compromise your own needs to make someone else happy. But I get it because women do this all the time. It’s ingrained in to us to please. Be good little girls, be quiet and make sure everyone is happy at all cost to the detriment of our own mental and physical well-being. So the first thing that went off the skids is this lovely woman doing it to ‘please’ him.

As the comment goes on it’s obvious that this guy is nothing more than an intensely selfish faux submissive male. The selfishness starts with his lack of trying to help her understand what cuckolding is. He fails to tell her it is a female led relationship and that she was to be calling the shots, not him. The fact that he would occasionally, ‘participate,’ proves this guy is in it only for himself and his baby gherkin because if he had presented this right he would NEVER have been able to participate and she would understand why it’s actually a loving act when done right (heavy emphasis on those last three words). But you see if this selfish douche bag had told her the truth he would have lost his control.

But the narcissism doesn’t stop there nay, nay, this fine example of the male homo erectus goes on to begin his gas lighting of this beautiful lady with this gem – “He got upset and said he thought that I wanted to be with other guys and broke up with me.”

I can hear it now, “YOU BITCH! YOU SAID YOU WANTED TO FUCK OTHER MEN!” This guy is a treat, isn’t he?

Ok, so now Captain “It’s All About Me” decides that she can be allowed the HOLY HONOR of being in his life but ONLY by texting him when she’s on a date with another guy. Are you fucking kidding me? Who the hell does this ass wipe think he is?

Now to the sweet woman who has been living a nightmare I’m sure you can tell what my advice is. LET HIM GO! He’s not worthy of you. Not even close. He is a pig. He has no clue what cuckolding really is. He doesn’t know what it means to be submissive. And wants to use you for his own McMasturbation fun. None of which has anything to do with cuckolding. And what are you getting out of this? I’ll wait… I’m not seeing any Goddess worship going on here, are you?

You are doing the right thing by not giving him what he wants because what he wants is disgusting. YOU are not the issue here. And you are wonderful, loving, beautiful woman who deserves to be loved and respected not bullied and controlled. This guy is a learning curve and I’ll say it again, he’s NOT WORTHY OF YOU. Kink or no kink.

Unfortunately this shit goes on so much more than you could imagine. Men with the most distorted view of what cuckolding is and don’t get me started on these same men not having a clue what submission is about. Hint: It’s not about your dick.

So if you see any signs similar to what this woman is going through when your husband brings up cuckolding, you need to snap back and tell him, I don’t know what you’re thinking of but it’s NOT CUCKOLDING.

This site uses Akismet to reduce spam. Learn how your comment data is processed.

Connect with The Doc

This website uses cookies to improve your experience while you navigate through the website. Out of these, the cookies that are categorized as necessary are stored on your browser as they are essential for the working of basic functionalities of the website. We also use third-party cookies that help us analyze and understand how you use this website. These cookies will be stored in your browser only with your consent. You also have the option to opt-out of these cookies. But opting out of some of these cookies may affect your browsing experience.
Necessary Always Enabled
Necessary cookies are absolutely essential for the website to function properly. This category only includes cookies that ensures basic functionalities and security features of the website. These cookies do not store any personal information.
Non-necessary
Any cookies that may not be particularly necessary for the website to function and is used specifically to collect user personal data via analytics, ads, other embedded contents are termed as non-necessary cookies. It is mandatory to procure user consent prior to running these cookies on your website.
SAVE & ACCEPT